The Eastern Suburbs Liquor Accord in collaboration with the Eastern Suburbs Police Local Area Command have launched a Domestic Violence awareness campaign during the Australia Day period. All prominent licensed venues within the Waverley Local Government Area will be displaying drink coasters containing the striking imagery promoting domestic violence as 'Un-Australian' and that a 'Proud Australian Stops Domestic Violence.' This will be further supported through a social media campaign. The link between alcohol and domestic violence is well established with in excess of 30% of recorded domestic violence incidents in NSW (Oct 2015 to Sept 2016 BOCSAR) flagged as alcohol related.

It is the intention of the Eastern Suburbs Liquor Accord to have the many thousands of patrons that enjoy the amenity of licensed premises on Australia Day, and the days surrounding it, to reflect on this nationwide issue during a period of national celebration in an effort to change community attitudes. This Australia Day both the Liquor Accord and local Police are working proactively to ensure celebrations are not marred with instances of domestic violence and that all Australians recognise the part they can play to eradicate the prevalence of domestic violence in our society. 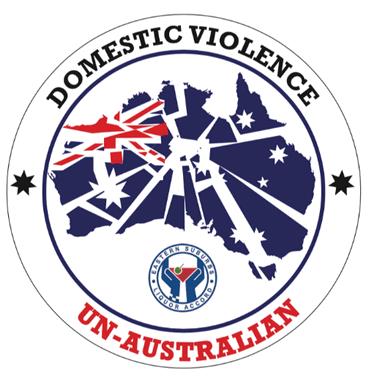